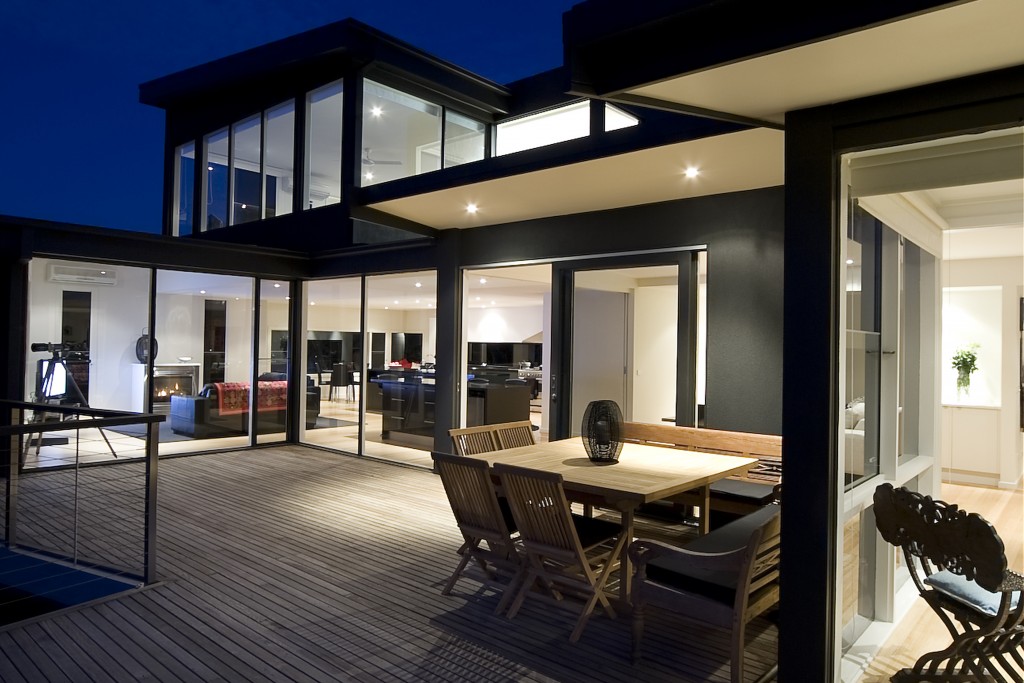 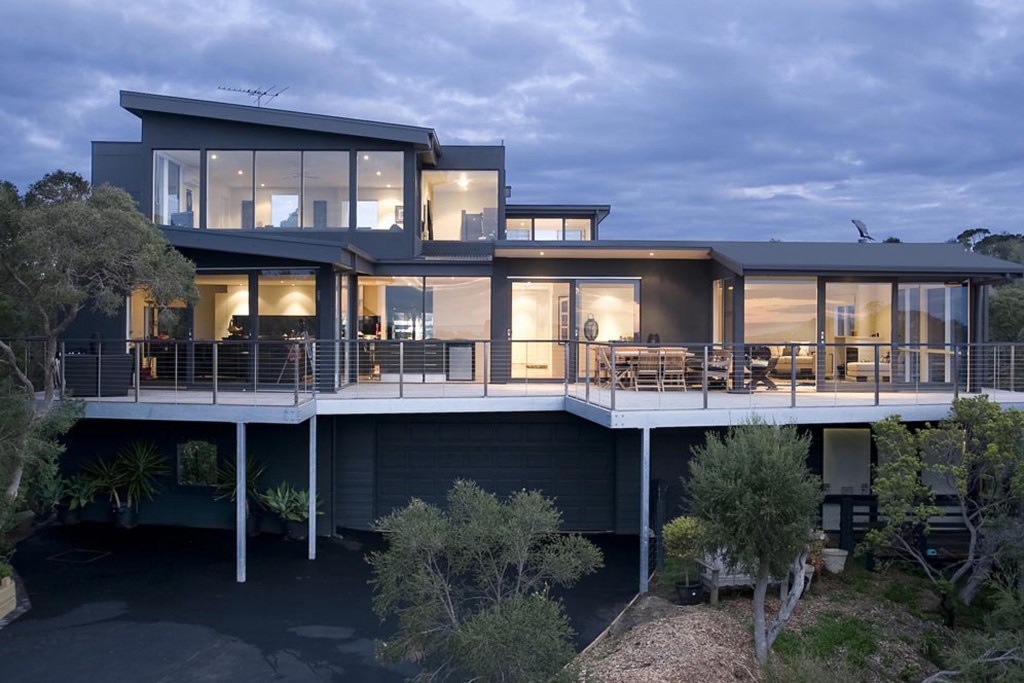 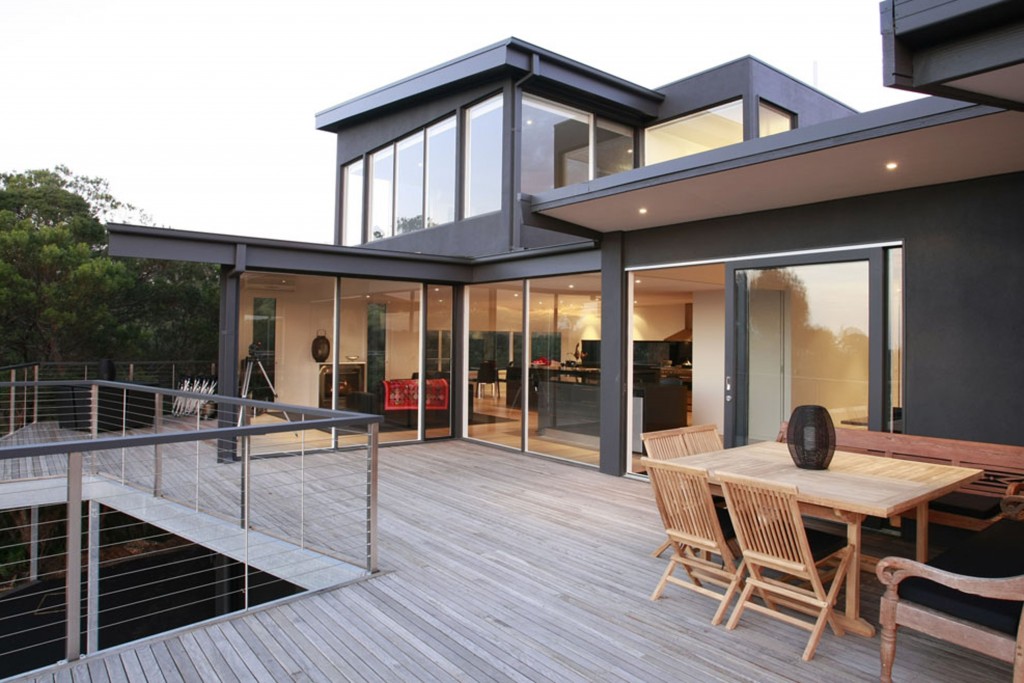 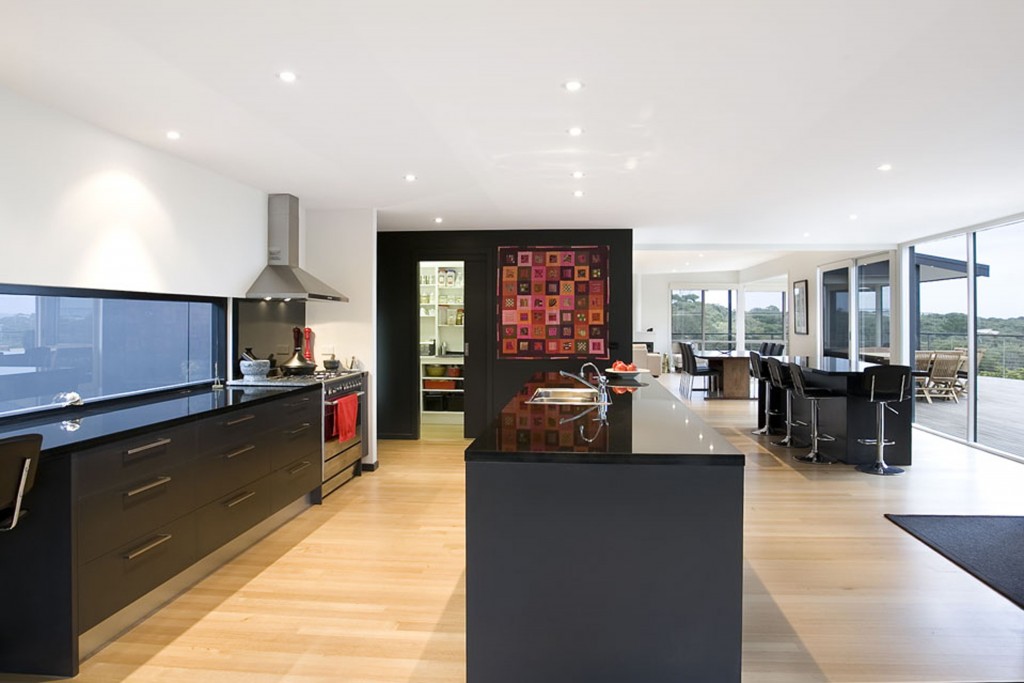 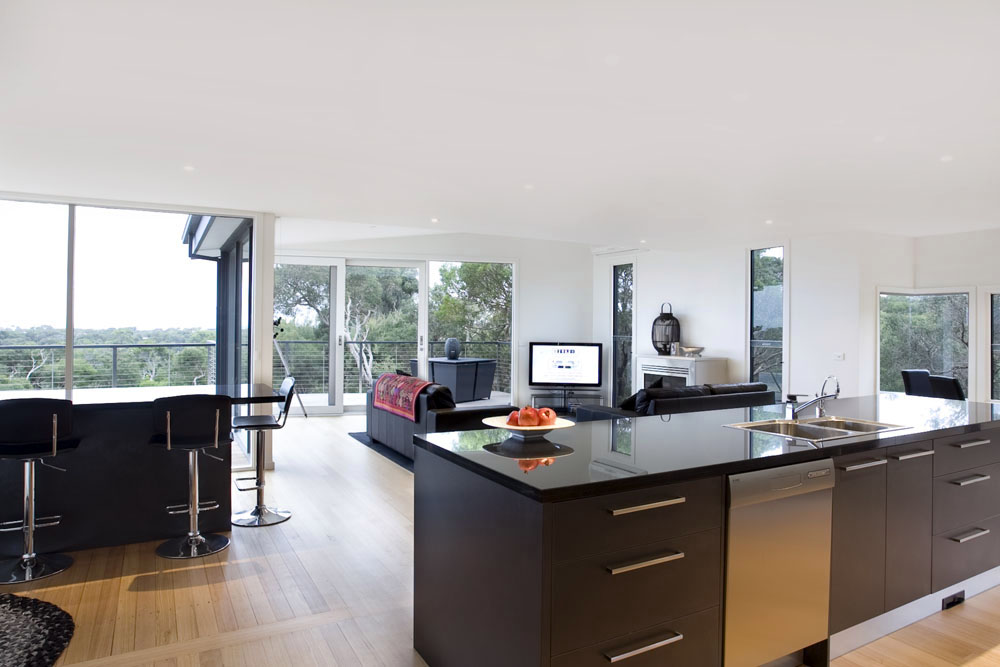 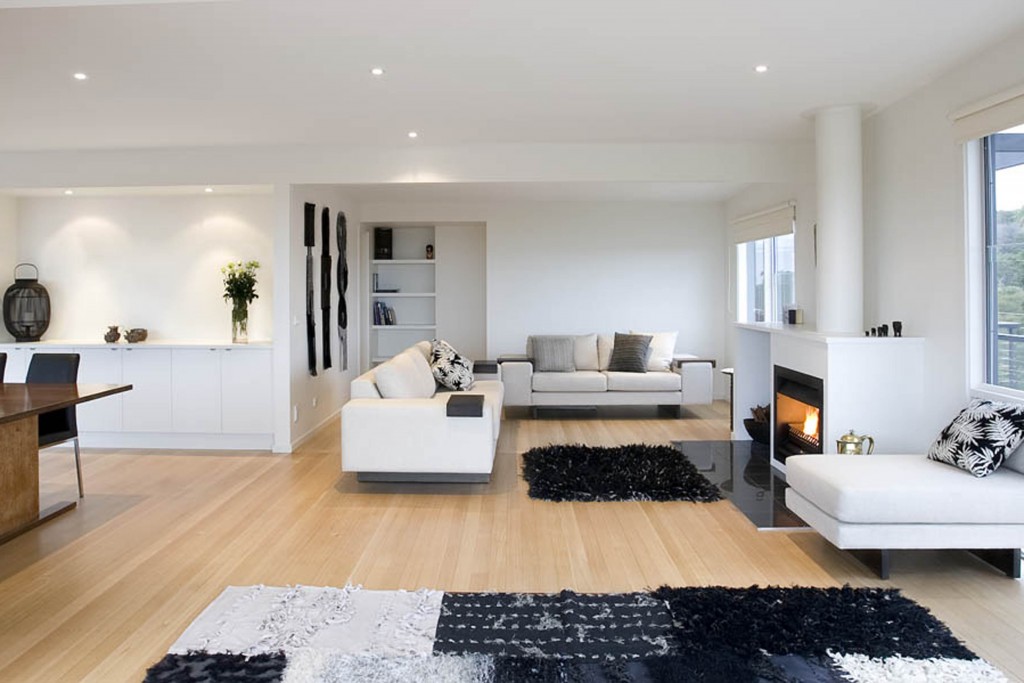 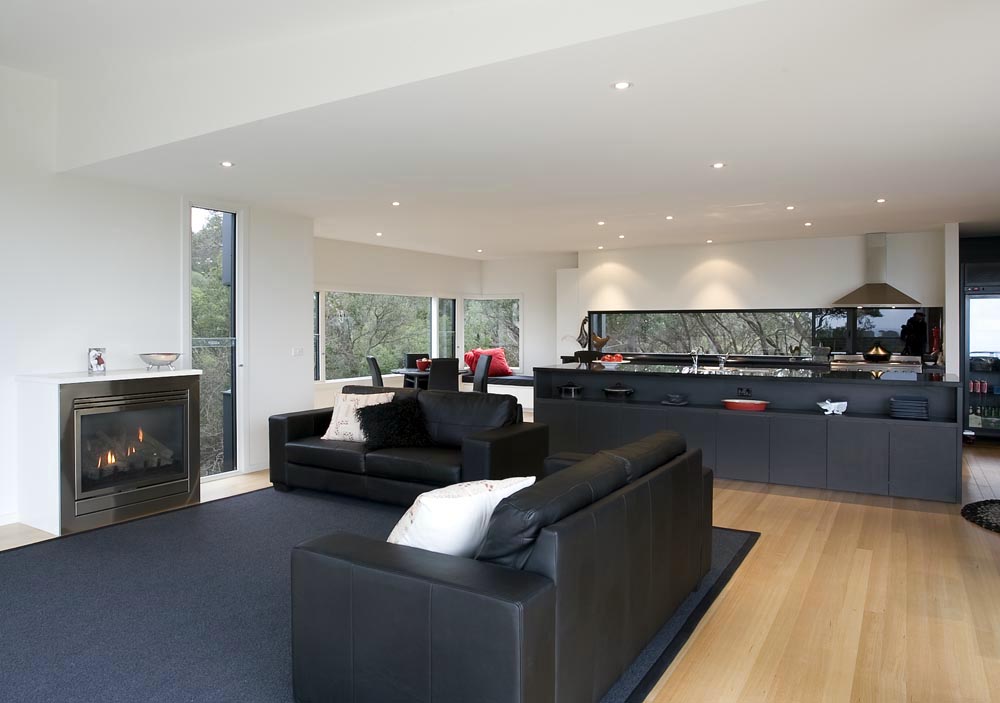 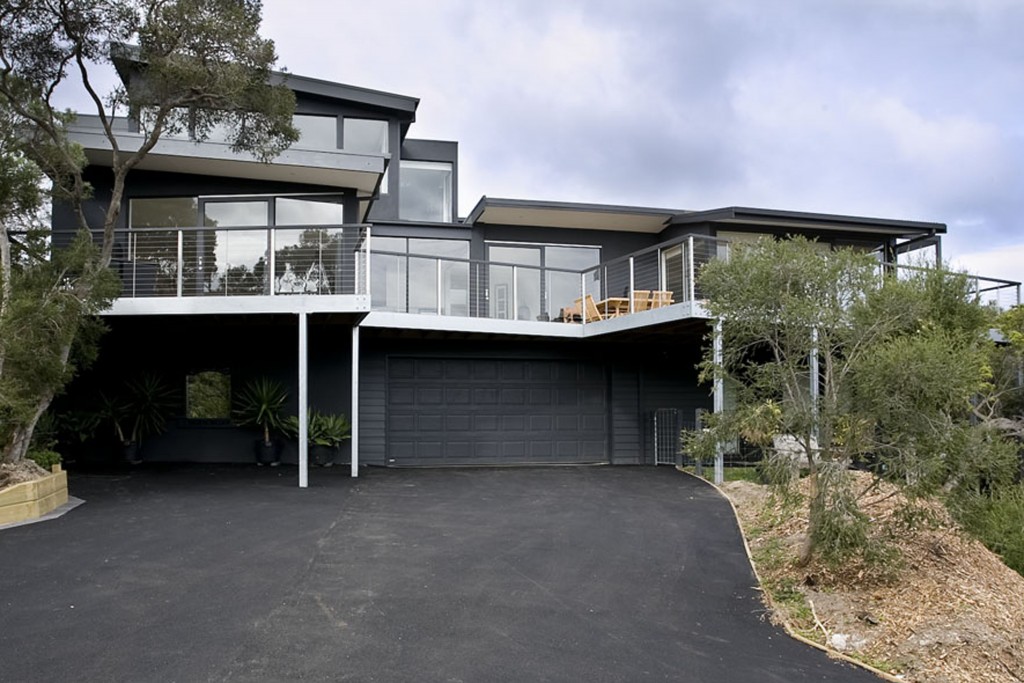 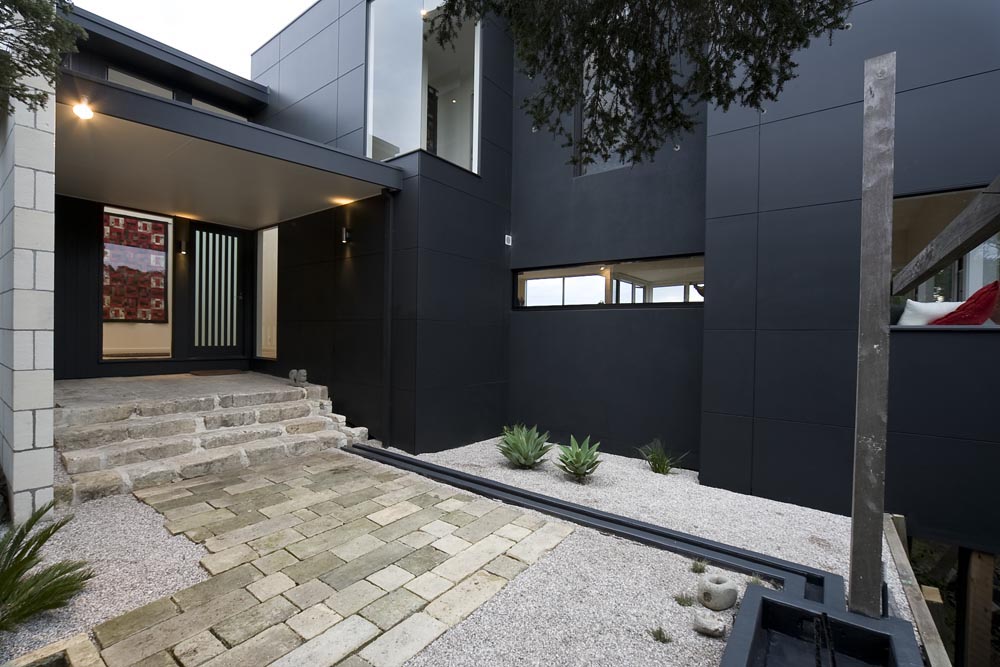 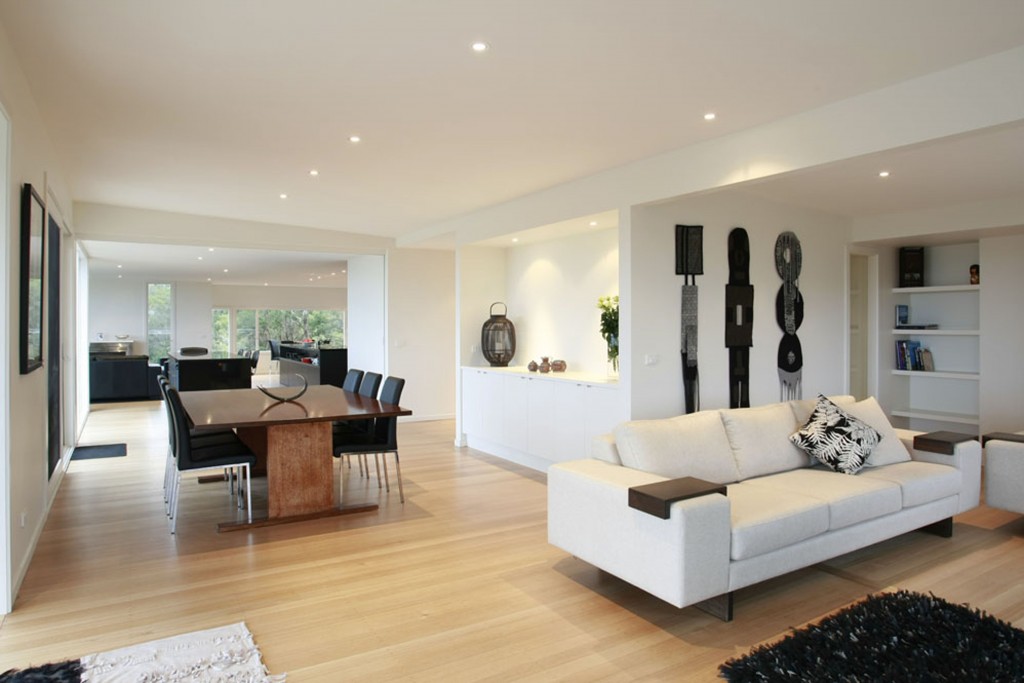 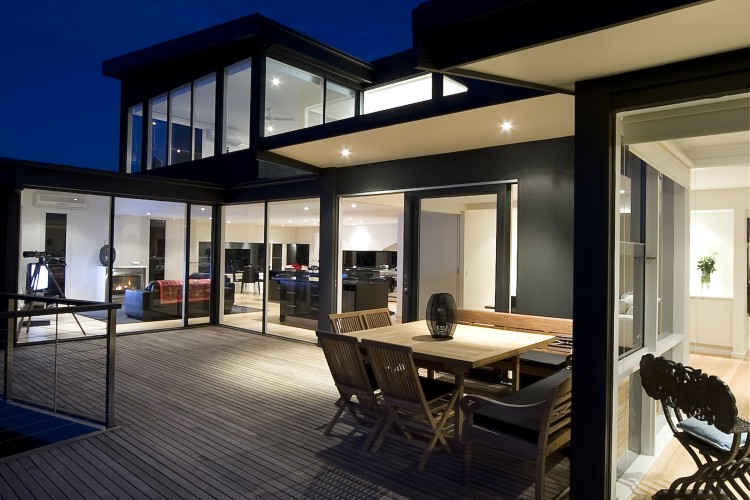 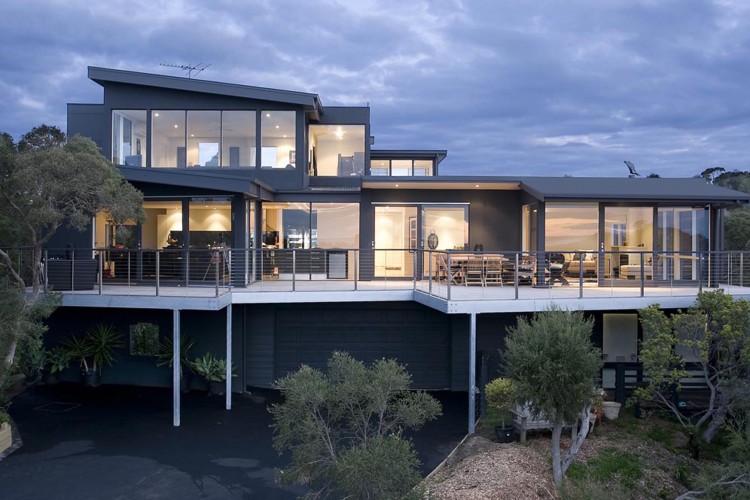 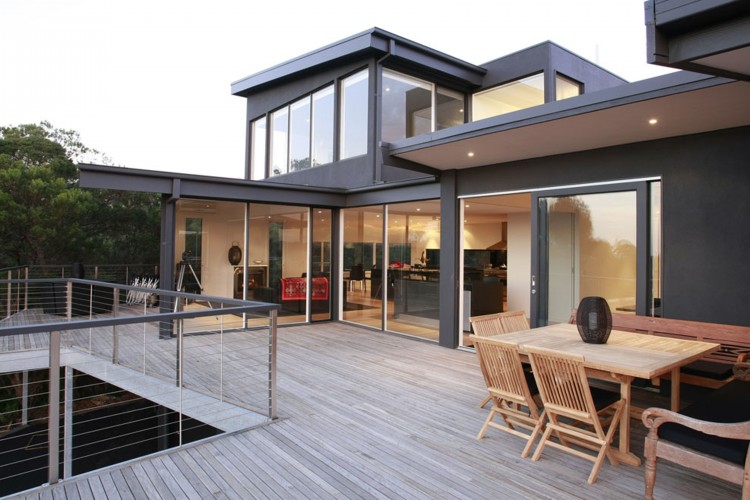 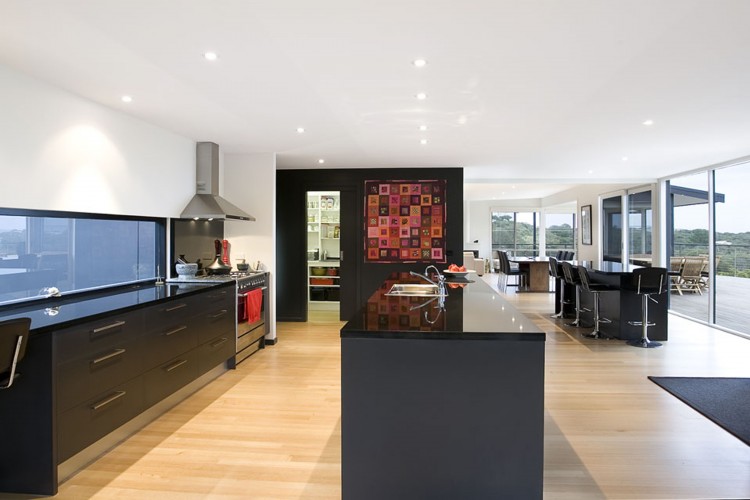 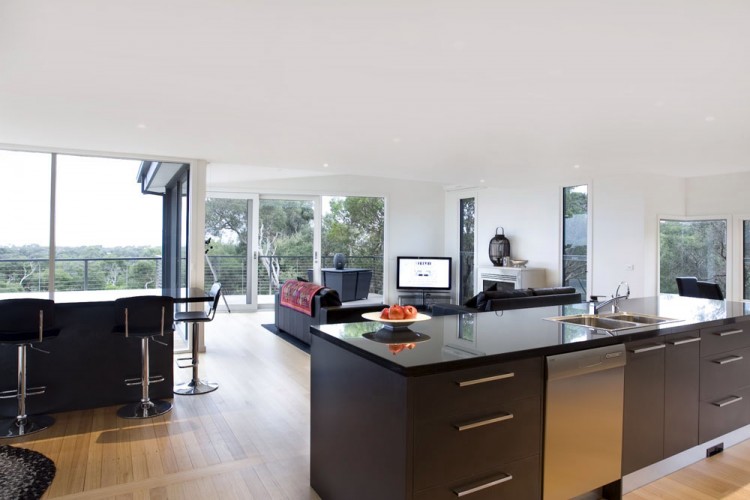 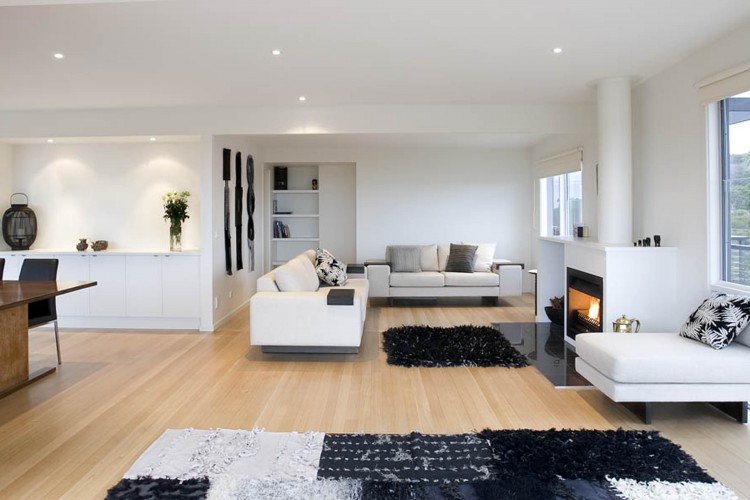 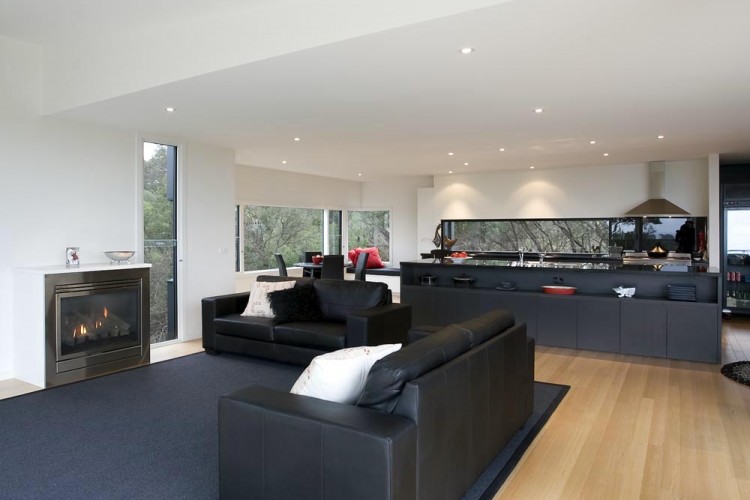 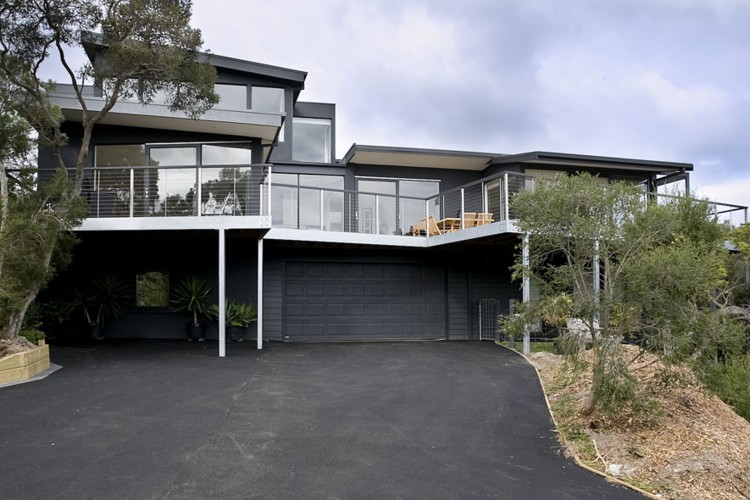 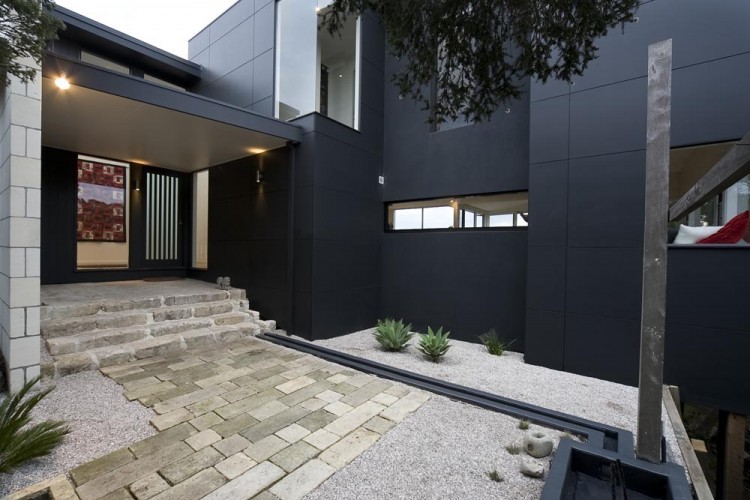 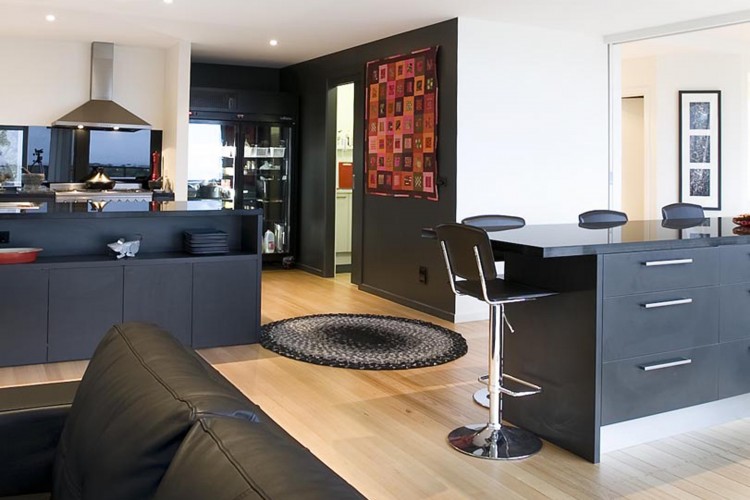 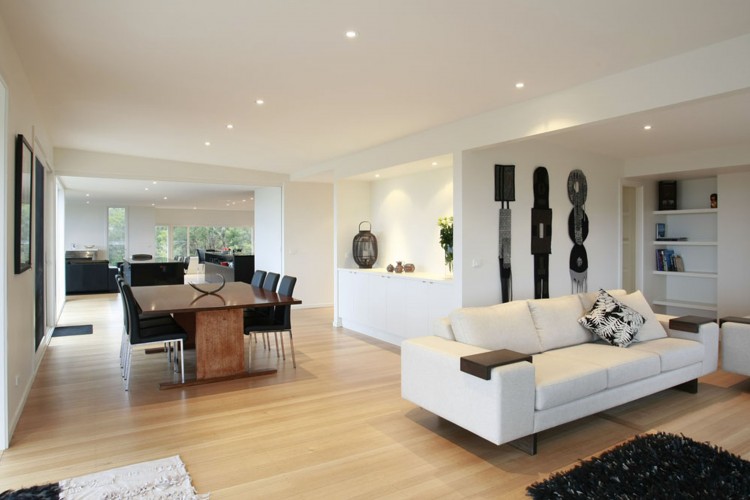 The existing beach house had seen many additions over the years, resulting in a large but somewhat incohesive design and was in desperate need of maintenance and repair works.

The new owners brief consisted of a general layout and the desire to transform the house into a modern home, making full use of the spectacular views over Port Phillip Bay. By extending to one side, to incorporate a new kitchen and living area, an upper level was able to be added which now houses the master suite. Changes were made to the rear of the house to include 2 guest rooms, each with direct access to the existing bathroom. The stairwell to the lower level was re-located and a new powder room added.

Structural challenges were abundant and the use of steel within the framing facilitated the use of large windows to take in the views. Careful consideration was given to the external finishes of the house to blend the old with the new. Expressed panel cladding, rendered surfaces, and painting the existing weatherboards to match, along with the expansive deck linking old and new areas, work to give a dramatic, integrated result.